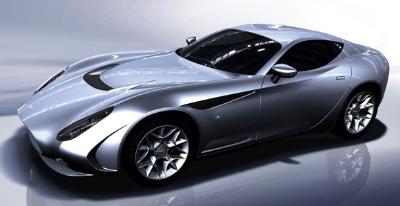 SUPERFORMANCE MANUFACTURER BUILDING NEW CAR Port Elizabeth, South Africa, February 24, 2009- The Italian design house and historically famous car designer Zagato has placed their influence into a new car being built by Hi-Tech, South Africa's car builder who famous for building the Superformance MKIII, Daytona Cobra Coupe, Shelby CSX, GT40, the Nobel GT and the Rossian. Zagato designed the exterior of the new Perana Z-One. Only 999 units will be built and will be powered by a 6.2L LS3 V8 from General Motors producing at least 440 horsepower and a 0-62 mph time for the car of less than four seconds. The Perana Z-one car will be debuted March 3rd, 2009 at the Geneva Auto Show in Switzerland.

"It appears that the Geneva Motor Show will be ignoring this whole global recession thing, as automakers are using the Swiss show en masse to debut exciting new vehicles and concepts. Zagato popped up this morning with its own surprise, the Perana Z-One. The Italian design house has hooked up with South Africa's Perana Performance Group to build the Perana Z-One, of which 999 units will be produced...click for the complete article