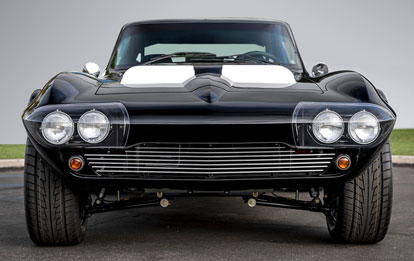 In late 1962 Chevrolet chief engineer Zora Arkus Duntov set out to build a production run of 125 purpose built Corvette racecars with the ultimate goal of winning the GT class at the 24 Hours of LeMans. Inside Duntov’s shop, the project was known as the LightWeight. As they neared completion, Chevrolet marketing christened the cars Grand Sports. After a pilot run of five cars, GM brass cancelled the project and ordered the cars destroyed.

In the last International race of his career, Delmo Johnson drove Alan’s GS #003 at Sebring in March of 1965. For that race, Duntov provided the race team with the first racing big block engine ever to leave the factory.

Several engines were used in the first five Grand Sports, perhaps the most famous being the all aluminum 377 cubic inch small block with Weber cross ram intake. A modern version of this original powerplant with 48mm Webers is available today for installation in the Corvette Grand Sport street roller. Seven other powerplants are available from our partners at GM Performance Parts for installation in any of our Grand Sports, ranging from the 350 HP ZZ4 iron small block to the all aluminum supercharged and fuel injected LS9. All these engines carry a 2-year / 50,000 mile warranty serviced through your local Chevrolet dealer. 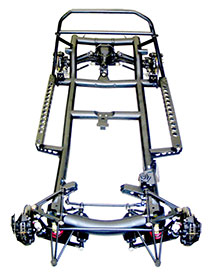 Superformance Corvette Grand Sport bodies are available in three standard colors with or without striping. Striping can be any of the standard MKIII colors and is painted as the first coat color on the body creating a smooth finish. Stripes are an added option. Custom paint is also available, please contact your dealer for more information.

Colors listed are to be used as similar examples only, they may appear different depending on your device. The color samples below were color-matched on a color calibrated monitor but still may not match the final paint color perfectly. 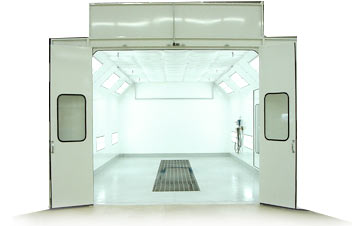