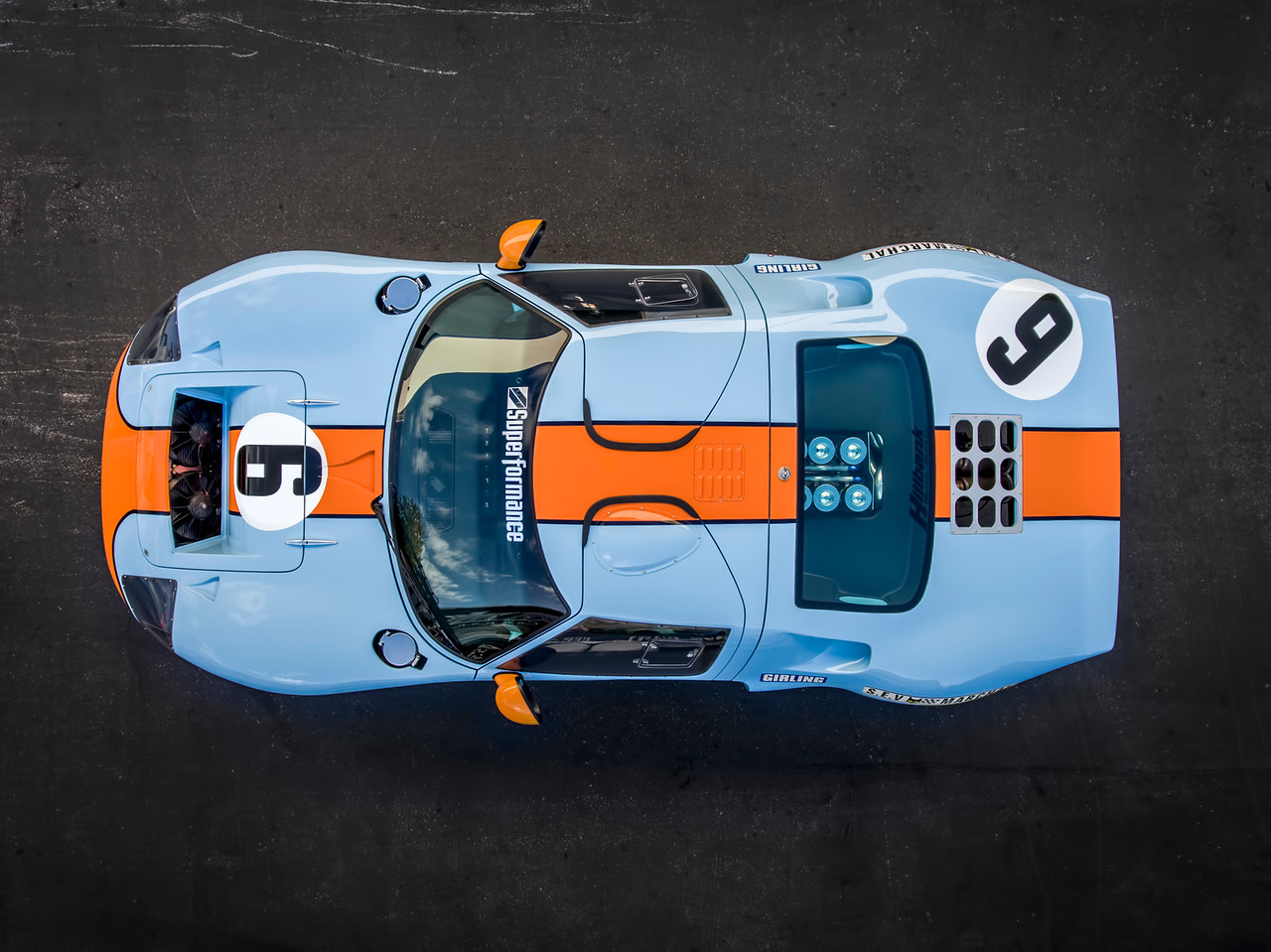 Writer : The Staff of Motorsport Marketing

The GT40 put Ford on the international endurance racing world map. It dethroned perennial Le Mans favorite Ferrari, dominating the 24-hour race from 1966 to 1969, first under Ford and then later under Gulf Oil.

The GT40 became a world-renowned icon of Ford and of American sports car prowess. Although it’s been more than half a century since Ford last produced the famed vehicle, you can still buy a brand-new GT40 thanks to Superformance.

Superformance is the only company licensed  by SAFIR–the official trademark holder of the GT40–to sell cars under the GT40 name.

Superformance's cars carry GT40/P chassis numbers that continue on from the originals, meaning that each one can be registered in the  official GT40 registry.

The majority of Superformance’s line of GT40s remains incredibly true to the originals. Engineers went to painstaking efforts to authentically recreate the cars–so much that more than two-thirds of the components found on the new GT40s can be exchanged with the originals. 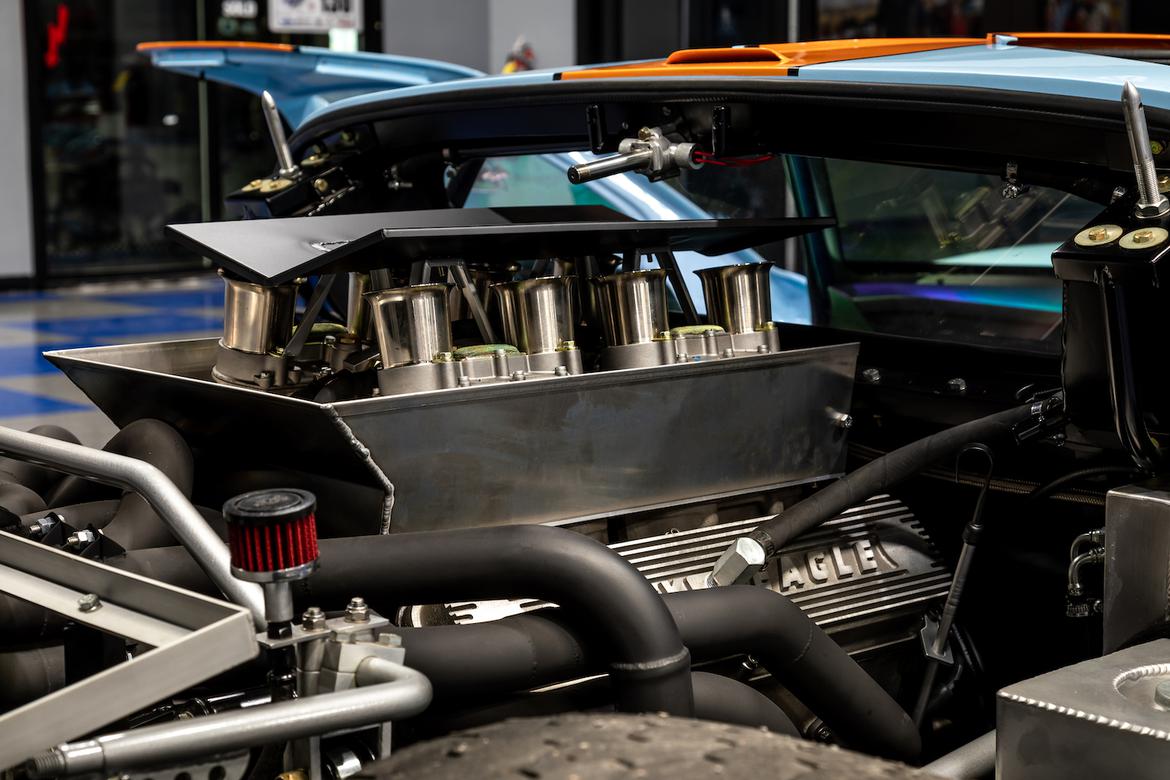 “We use certain materials that are better,” says Lance Stander, one of the owners of Superformance. “For example, we use zinc-coated steel as opposed to the steel that rusted in the old cars. There’s aluminum in a lot of places where there was magnesium.”

Besides those select enhancements to increase the longevity and safety of the vehicles, these cars provide the most authentic experience of owning and driving a brand-new GT40.

Superformance currently offers five versions of the GT40: the MKI, MKII, R, 50th Anniversary and Future 40. All offer their own spin on the iconic GT40 platform. 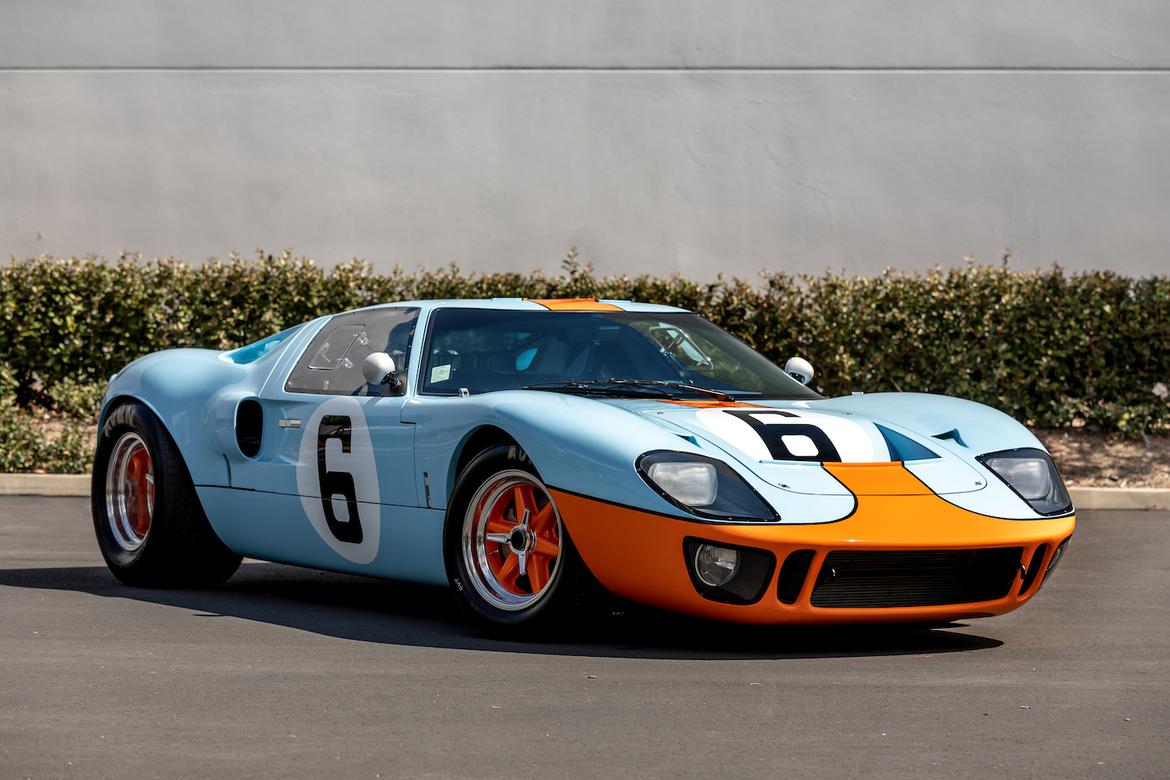 “It’s the car that everybody has a poster of, especially if it has the Gulf blue and light orange colors,” says Stander. “When Ford came up with its ’05 to ’06 GTs, it paid homage to that car.” 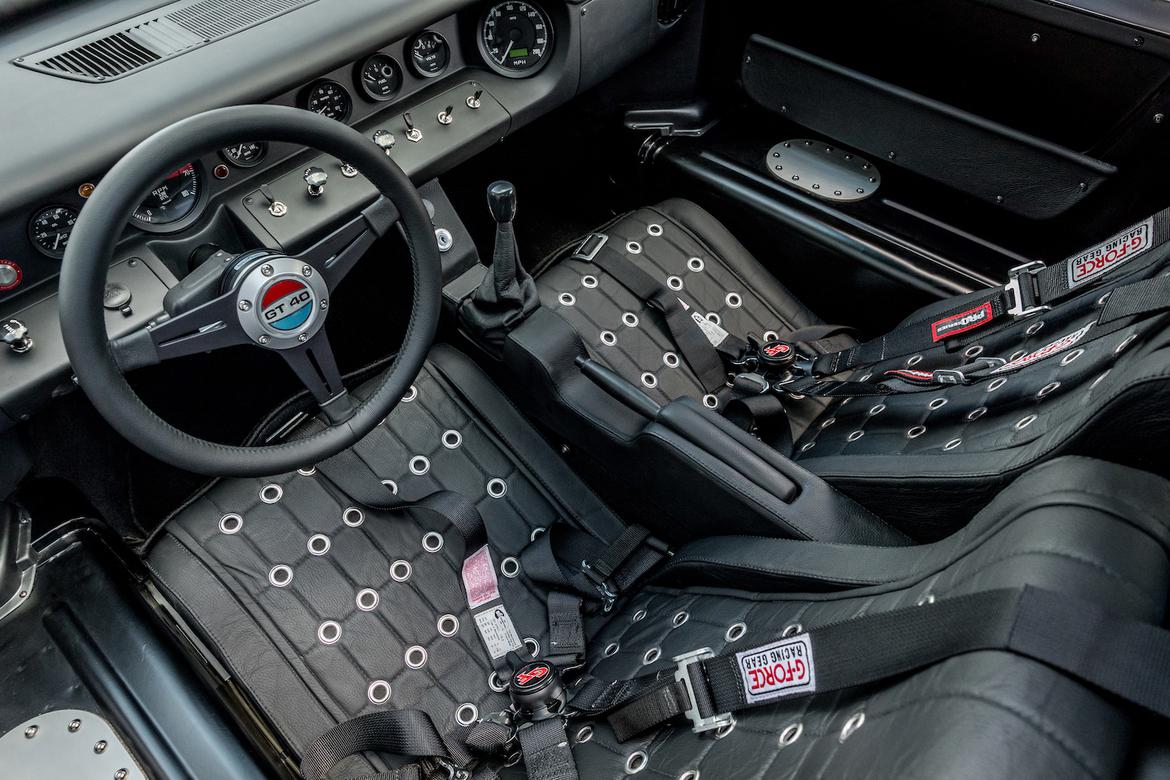 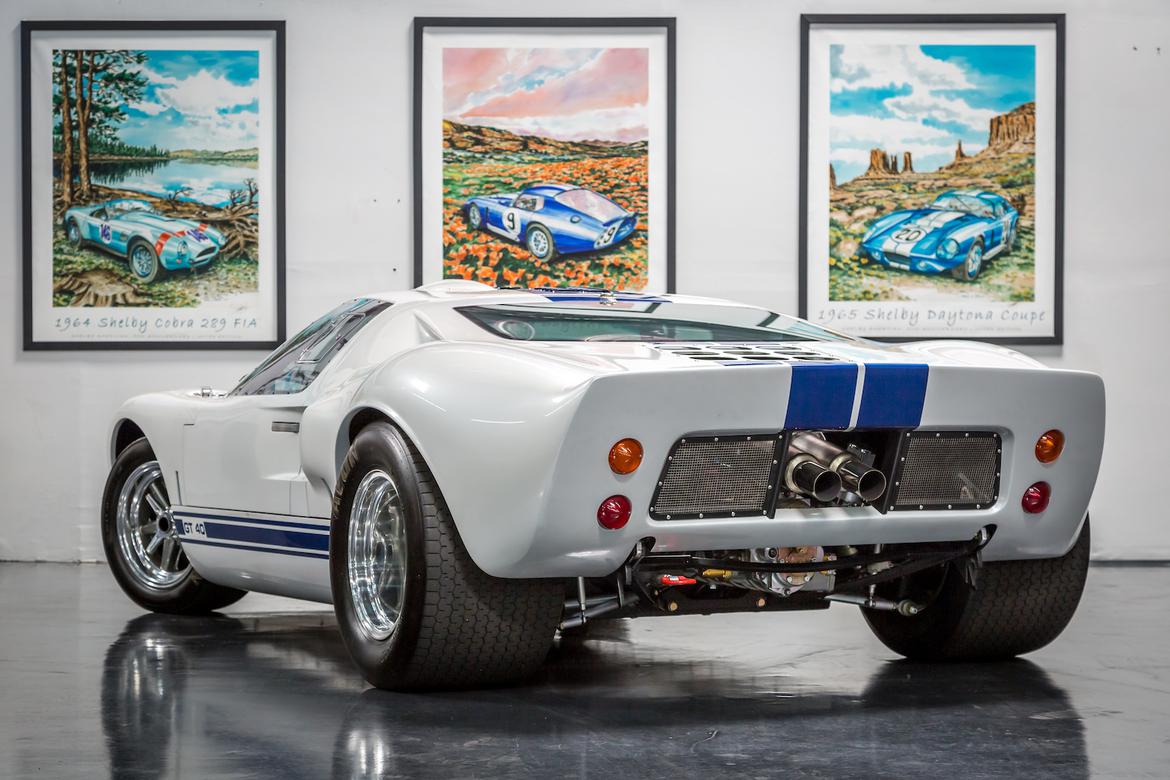 This GT40 is built like the one that beat Ferrari at Le Mans in 1966. In fact, the Superformance GT40 MKII cars were used in the movie “Ford v Ferrari.” 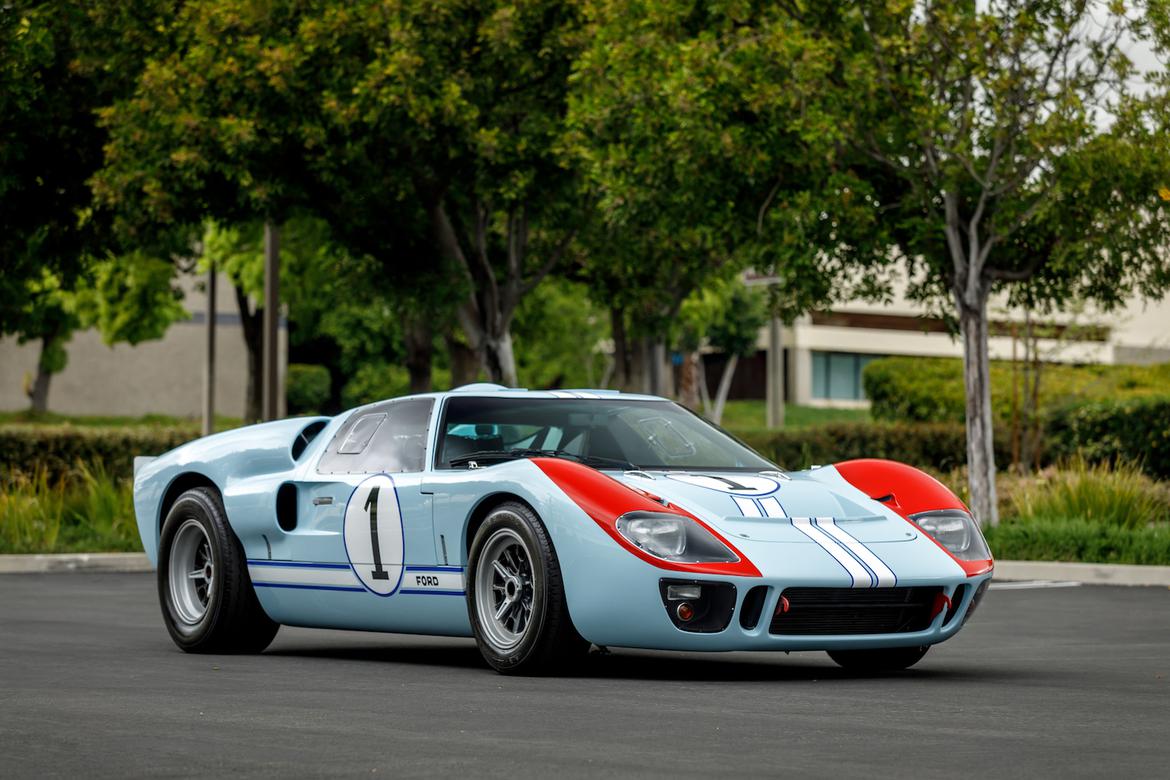 “There were only 13 originals of the MKII GT40's built,” Stander says of the ones Ford manufactured. 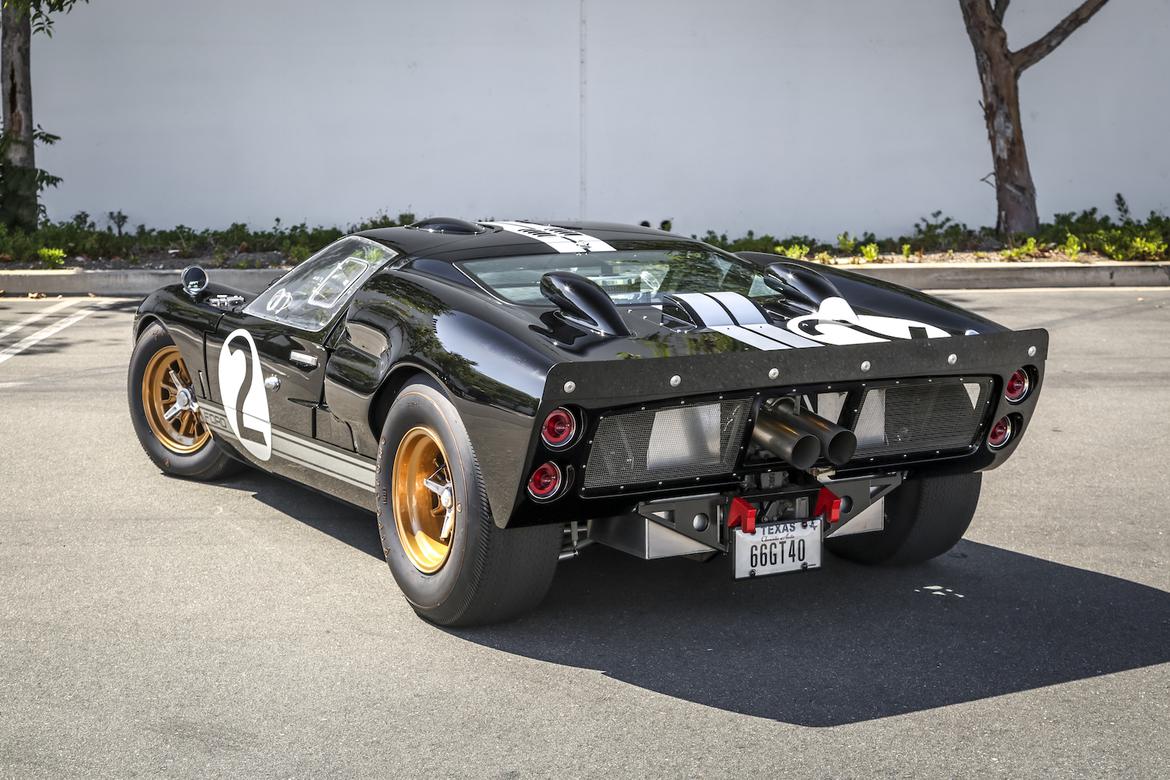 The GT40 MKII, the first American-built and -designed GT40, features some differences from its predecessor. One big, visible change: cooling ducts for the engine compartment. 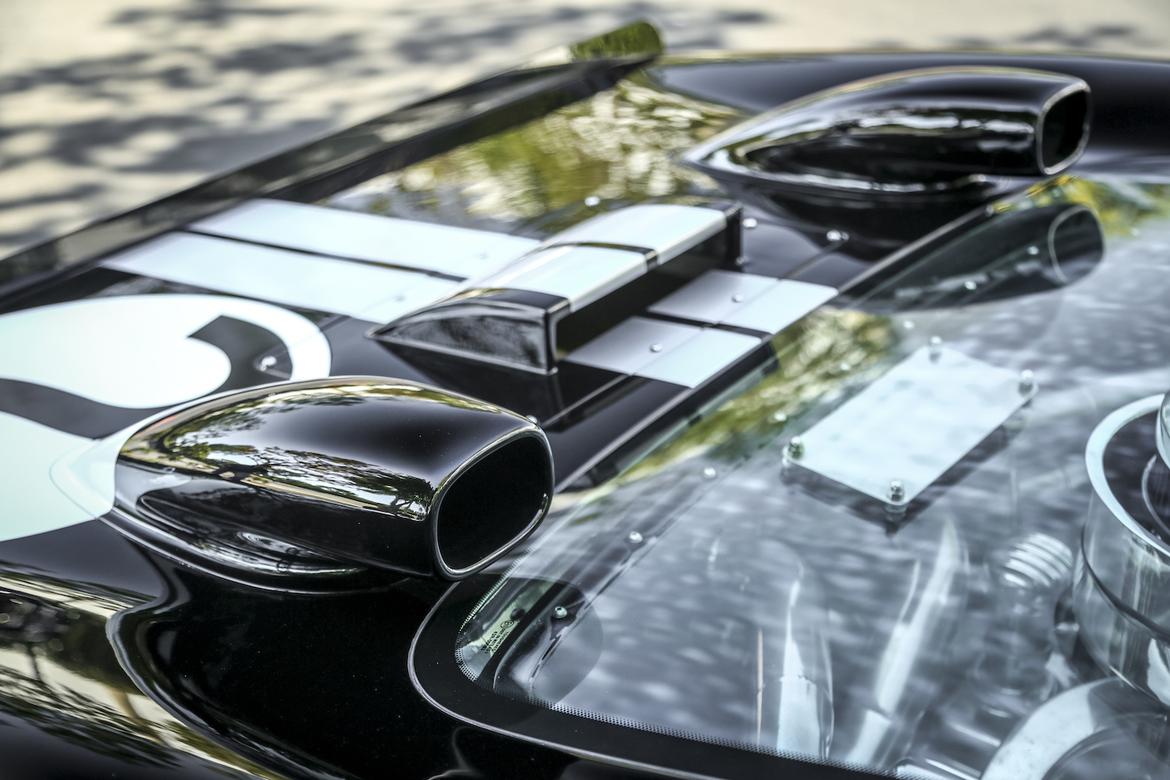 However, other differences are far more subtle. “The MKII’s nose looks the same as MKI, but it’s different,” Stander explains. “If you put the two together, you’ll see it. The MKII’s nose is slightly shorter and more steeply raked, which gives it slightly more downforce.”

The level of detail offered by Superformance goes down to the oil coolers in the car, which originally came from a Cessna aircraft. 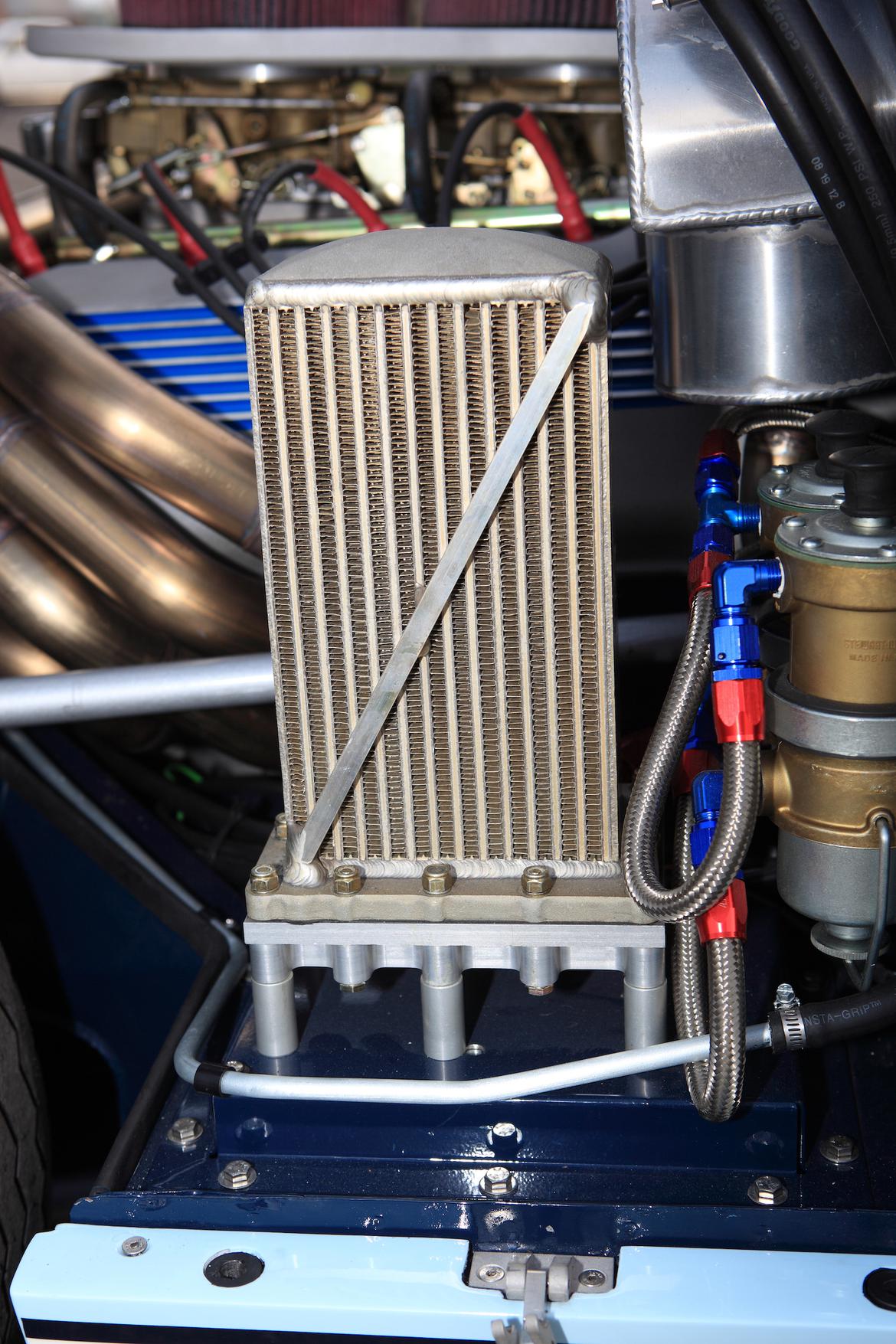 “You can’t buy those oil coolers anymore,” Stander says. “We had to reproduce them, and they’re expensive to make. But they’re beautiful. When you open the rear hatch, you see these two gold-colored oil coolers in there.”

Both the MKI and MKII are streetable and trackable. However, the GT40 R is built solely for the track. 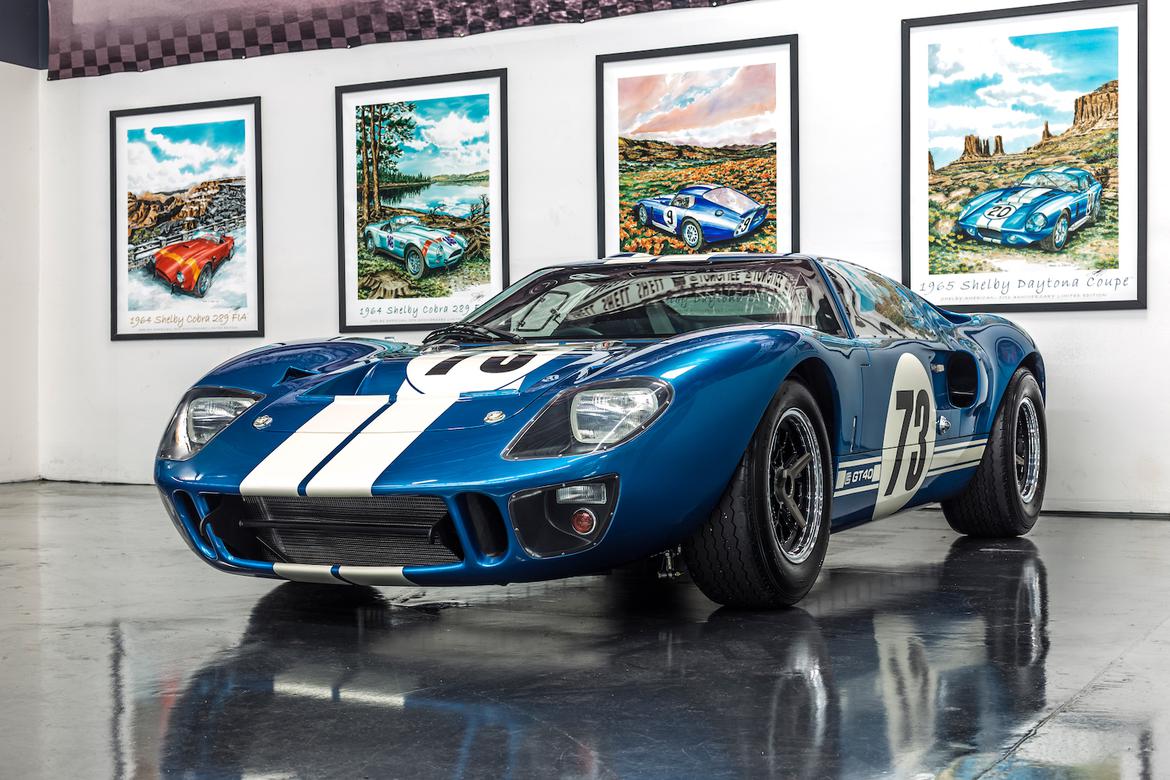 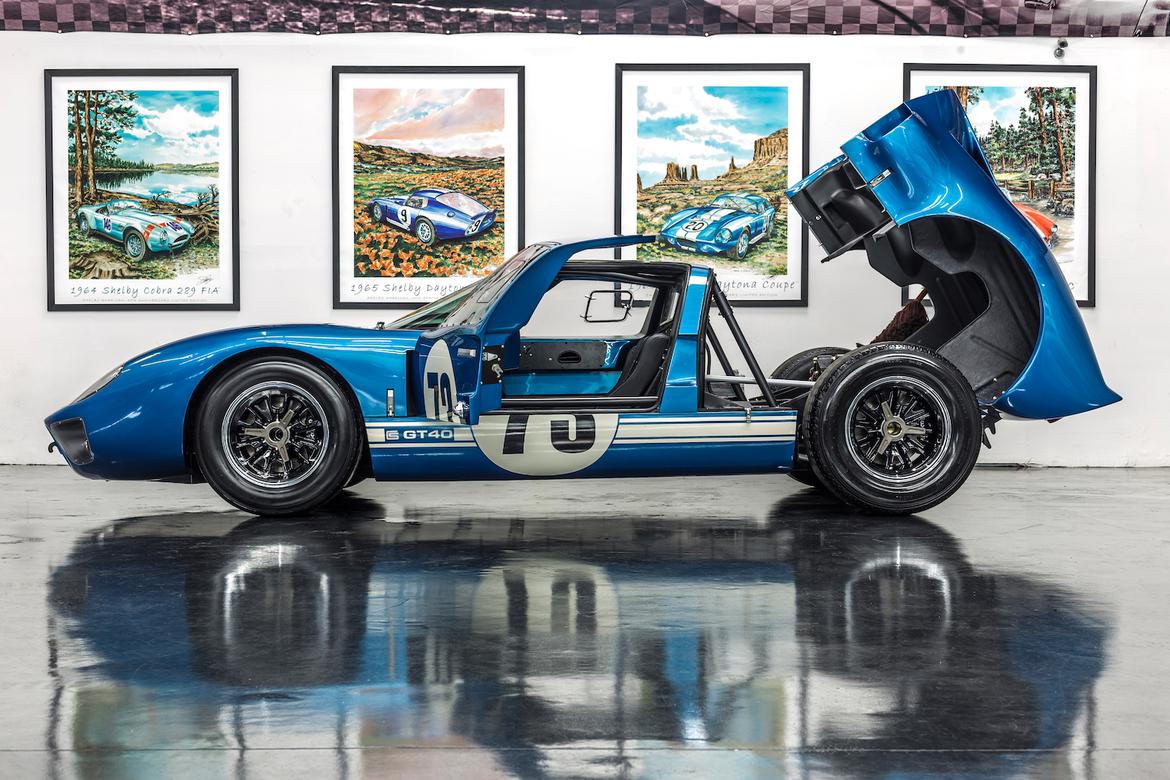 “However, one issue with the R: If you want to go historic racing, many sanctions don’t allow it, except for HSR,” Stander notes. “They say the roll cage makes the frame more rigid than it was. But, because of that rigidity, it makes the car a great race car.” 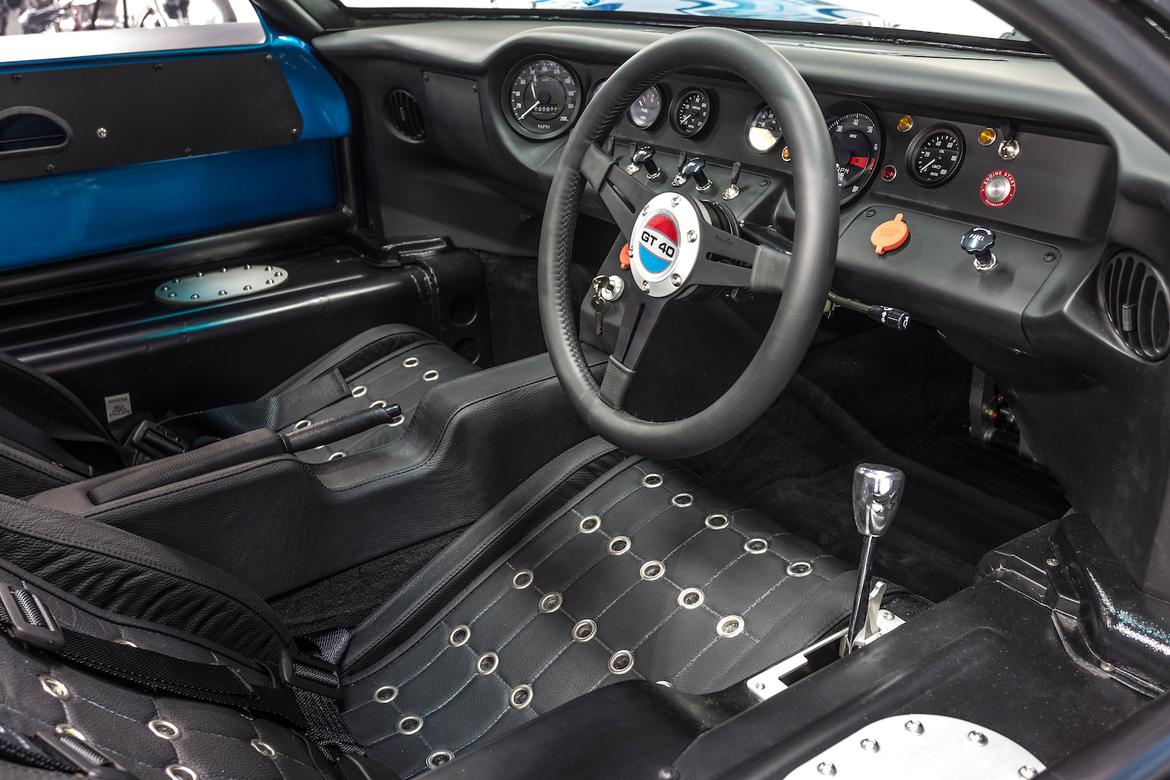 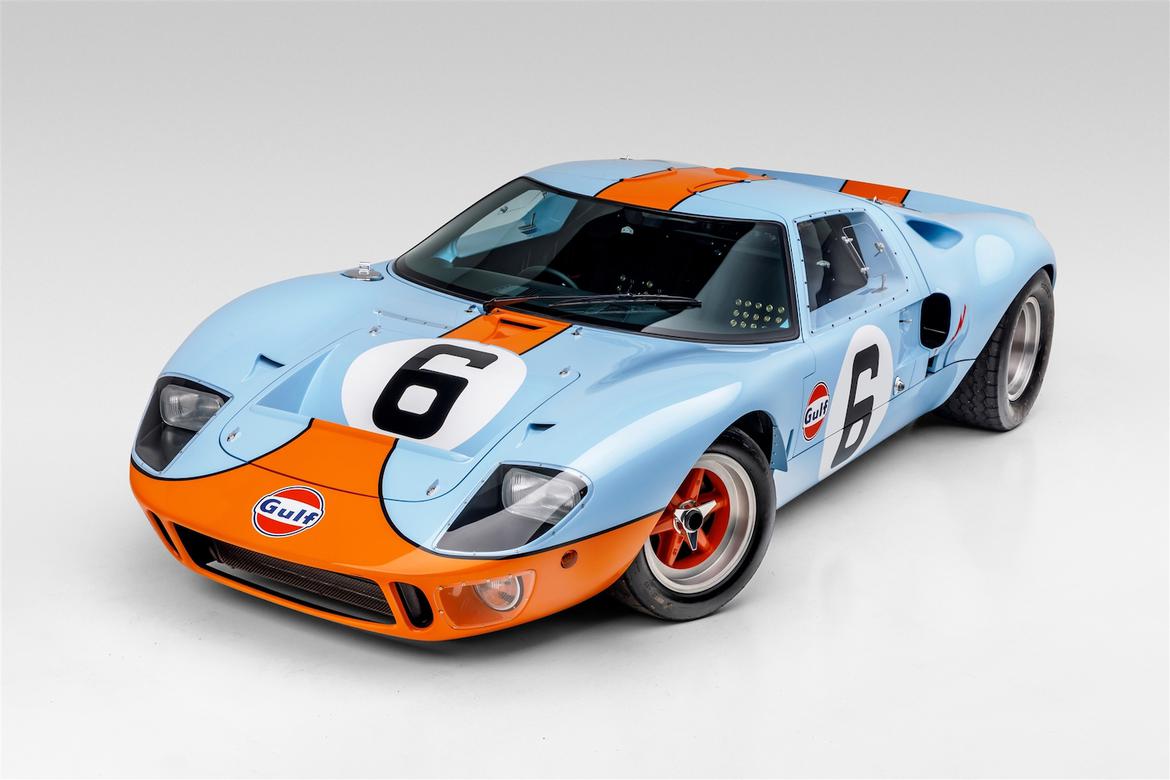 “We went to great lengths to copy the GT40P/1075,” Stander says. “It had experimental carbon-fiber panels in the rear decklid. Back then, they weren’t concerned about the lightweight nature of the material. It was done because of its strength. If you look at pictures of our version, it has the same square blocks of carbon fiber as they laid it back then.”

Other features unique to this particular car are Girling brakes, aircraft marker laps and a flat firewall like the one eventually found in the Mirage GT40. 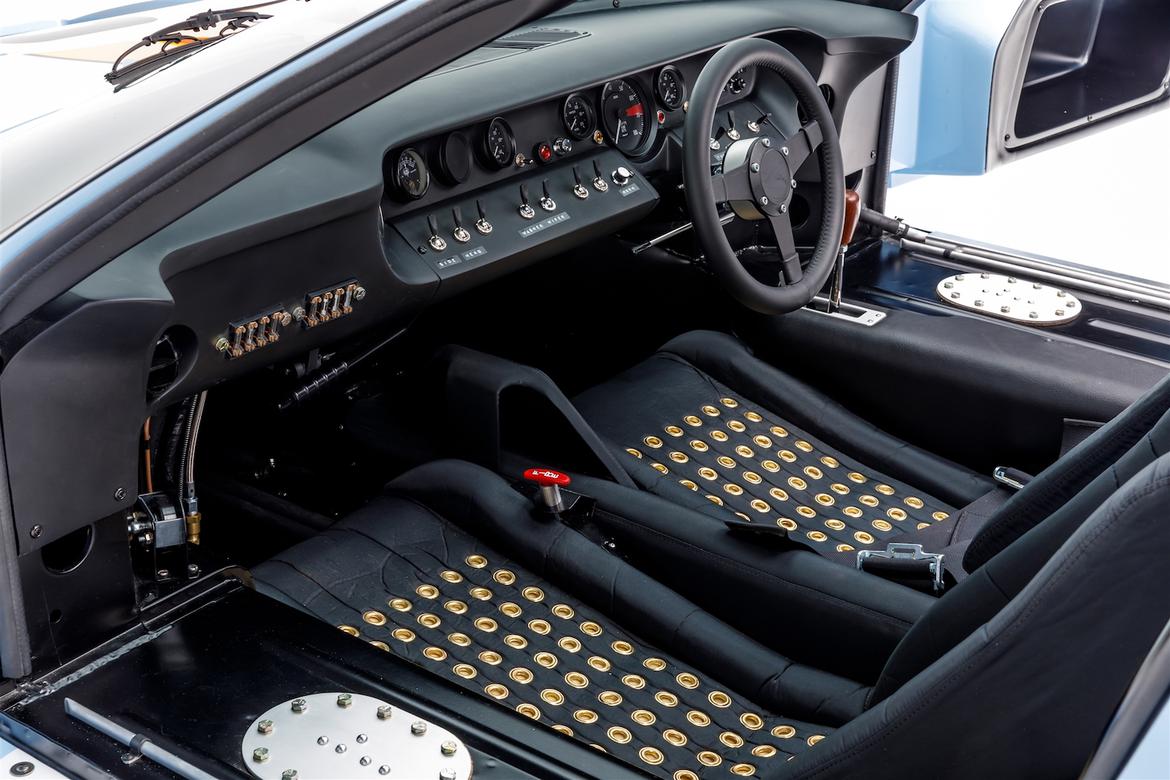 “It had the weirdest handbrake,” Stander adds. “It was under the dash and it pulled toward you. It came from a 1959 Ford Anglia. There were so many custom things that were in this car, which we replicated.” 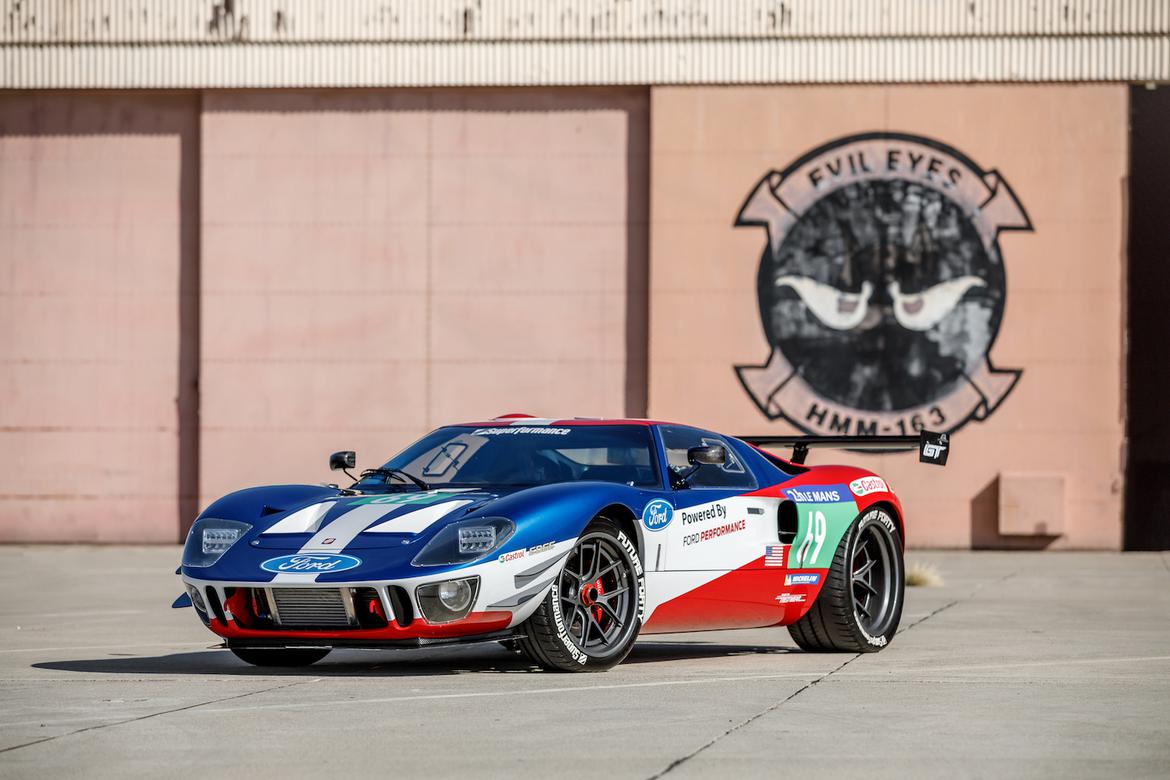 This one sits on modern HRE 18-inch front and 19-inch rear wheels wrapped with Michelin Pilot Sport Cup 2 tires. The car has a RideTech Shockwave front suspension, LED lights and carbon-fiber aero components, such as the splitter and rear wing. 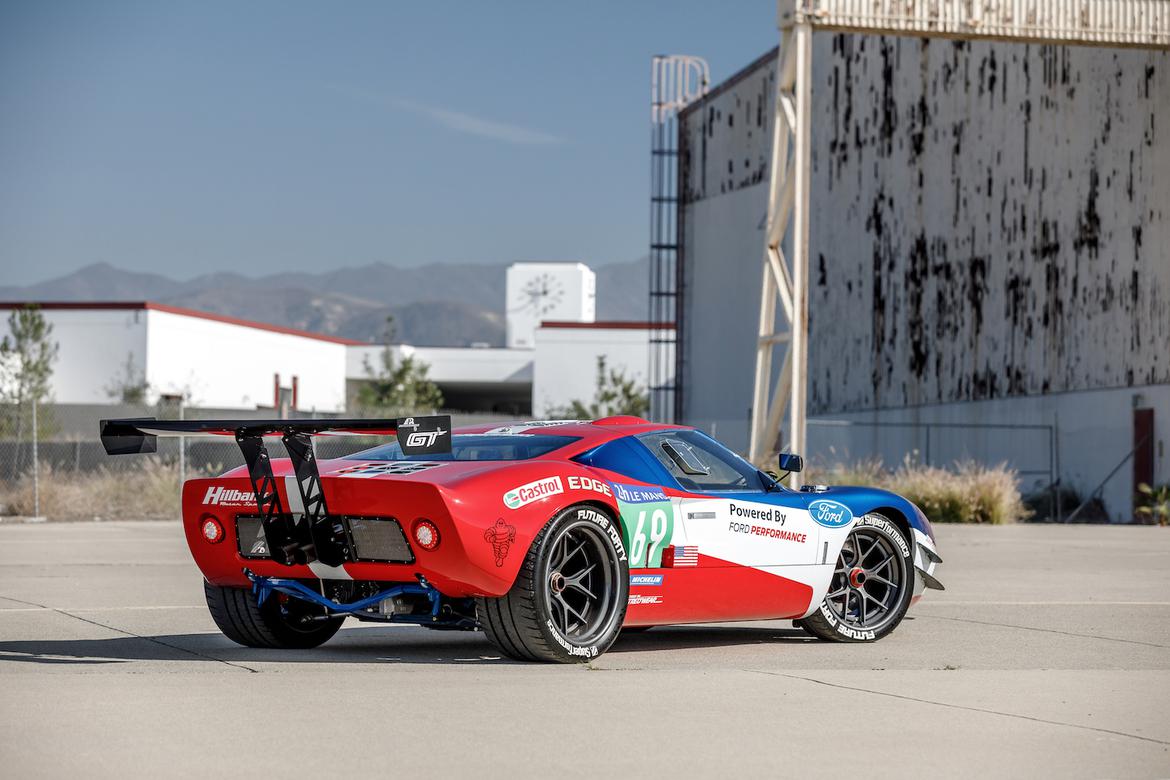 “The narrow tires on the GT40 were the biggest things holding it back,” Stander says. “We put wider, stickier tries on it and now it corners like crazy.”

As trackable as it is, it’s also streetable. 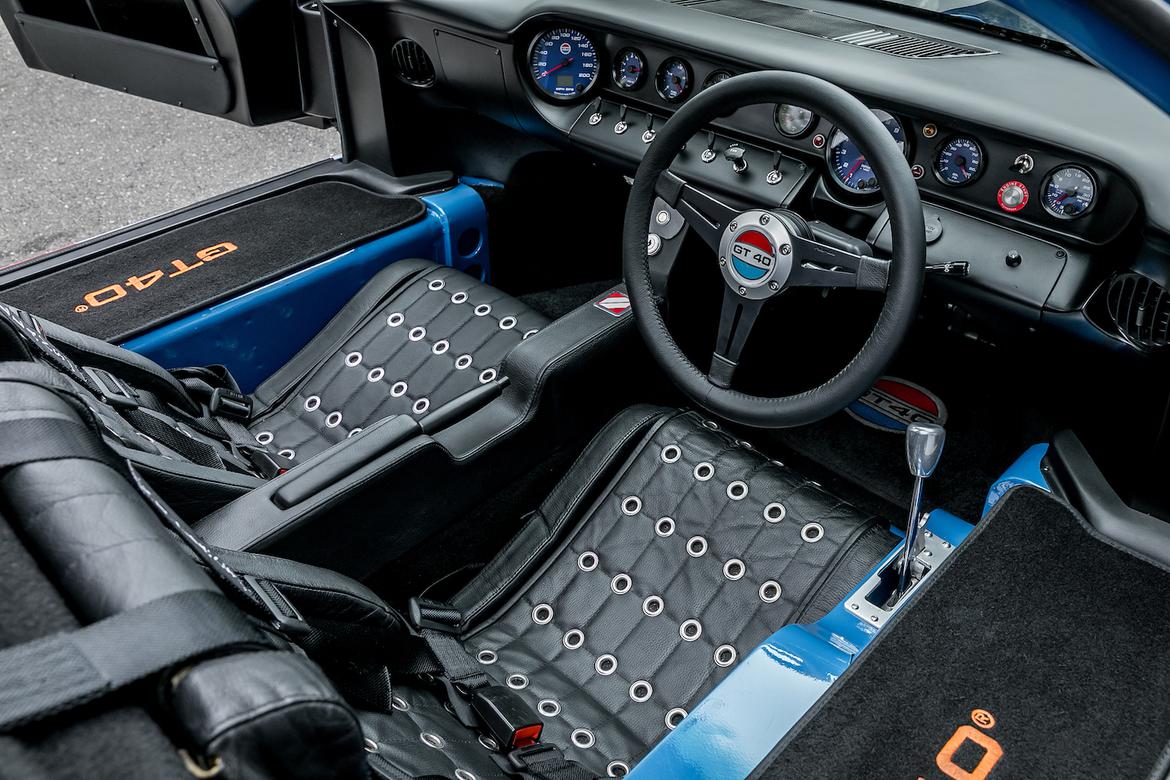 “I have an owner in Scottsdale, Arizona, who’s 85 years old, and he drives it almost every day,” says Stander. “It’s very comfortable. But when you put your foot down, it’s a monster.” 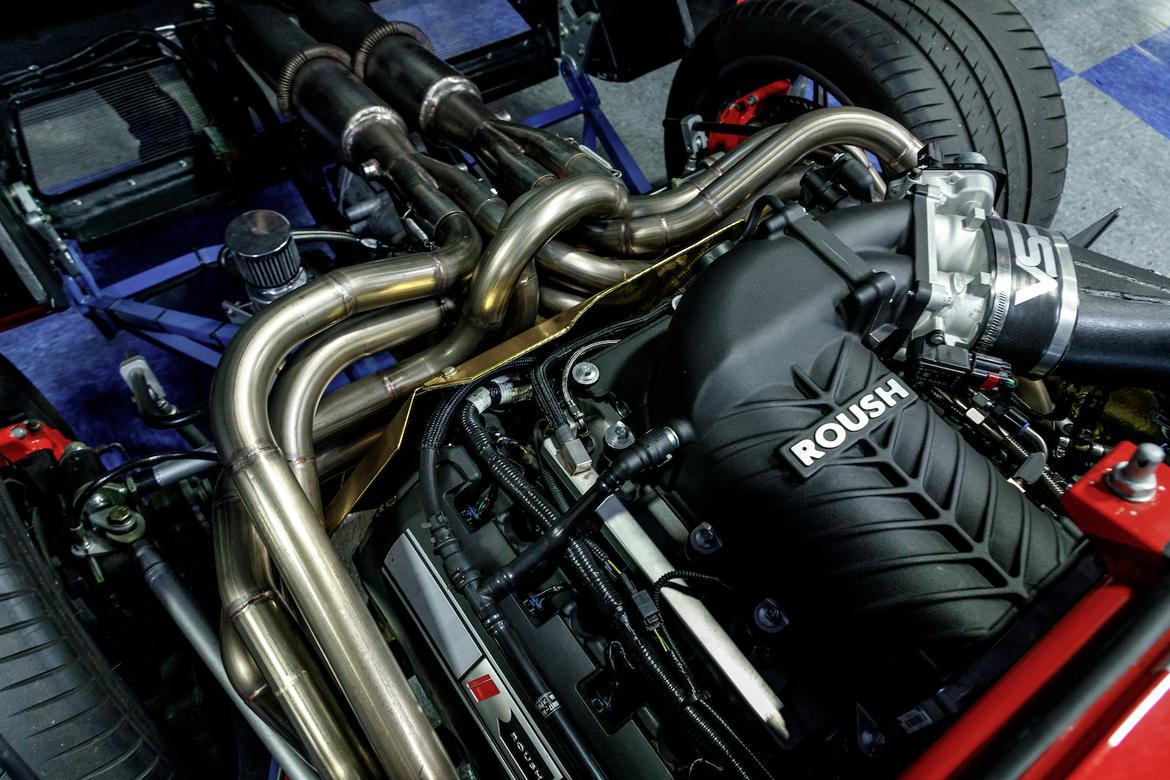 Superformance is currently developing its next GT40 model in the U.K.–the Electric GT40. However, details are scant as the company remains tightlipped about its latest project.

“All I can tell you is that it’s very, very new,” Stander says. “We have electric powertrains in development for the GT40. We are already selling electric cars with our MKIII Cobra.”

Superformance builds its GT40s eight at a time, within the span of two months, in South Africa. It then ships them to its worldwide network of dealers. Typically, shipping takes six to eight weeks for the cars to arrive on American soil.

The dealers sell the GT40s without engine and drivetrain, but they can connect you with someone who can install those items. Superformance recommends a range of popular Ford engines to power the vehicles. 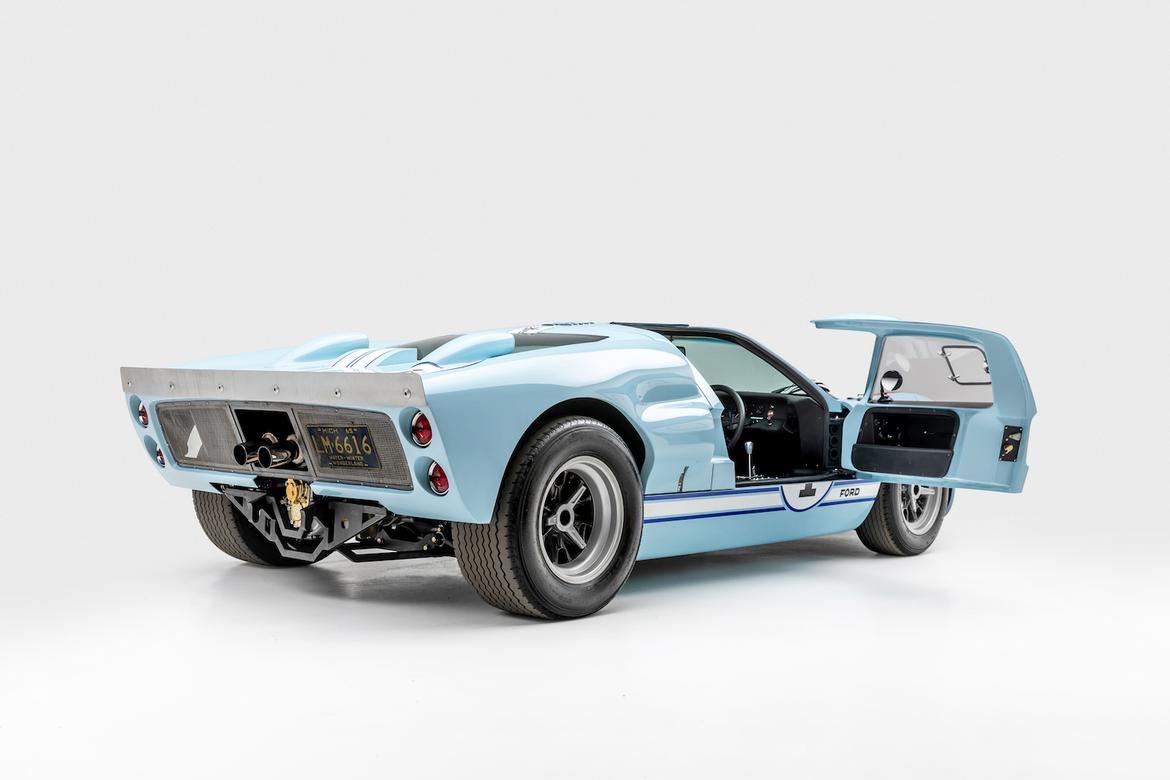 Prices for the Superformance GT40  starts at $153,000 for a rolling chassis, with complete cars (including engine and transaxle) typically ranging in price from $200,000 to $250,000 depending on options. The top-of-the-line Tool Room edition cars typically run for about $450,000 completed with engine and transaxle.