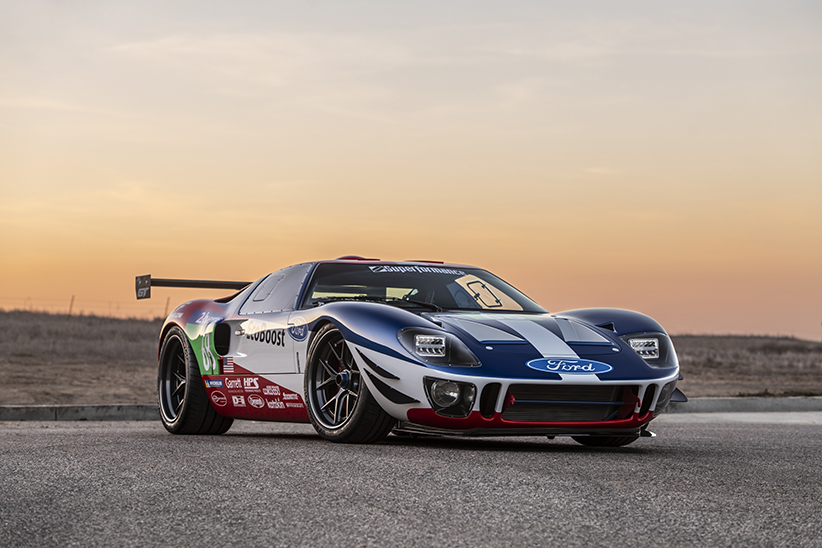 Last week, Ford announced plans to increase GT production yet again. But even though it plans to build 350 more cars, that will only bring the total to 1,350. If you’re one of the many enthusiasts who love the Ford GT but can’t see yourself plunking down roughly half a million dollars for one, perhaps the Superformance Future GT Forty could be an acceptable substitute. 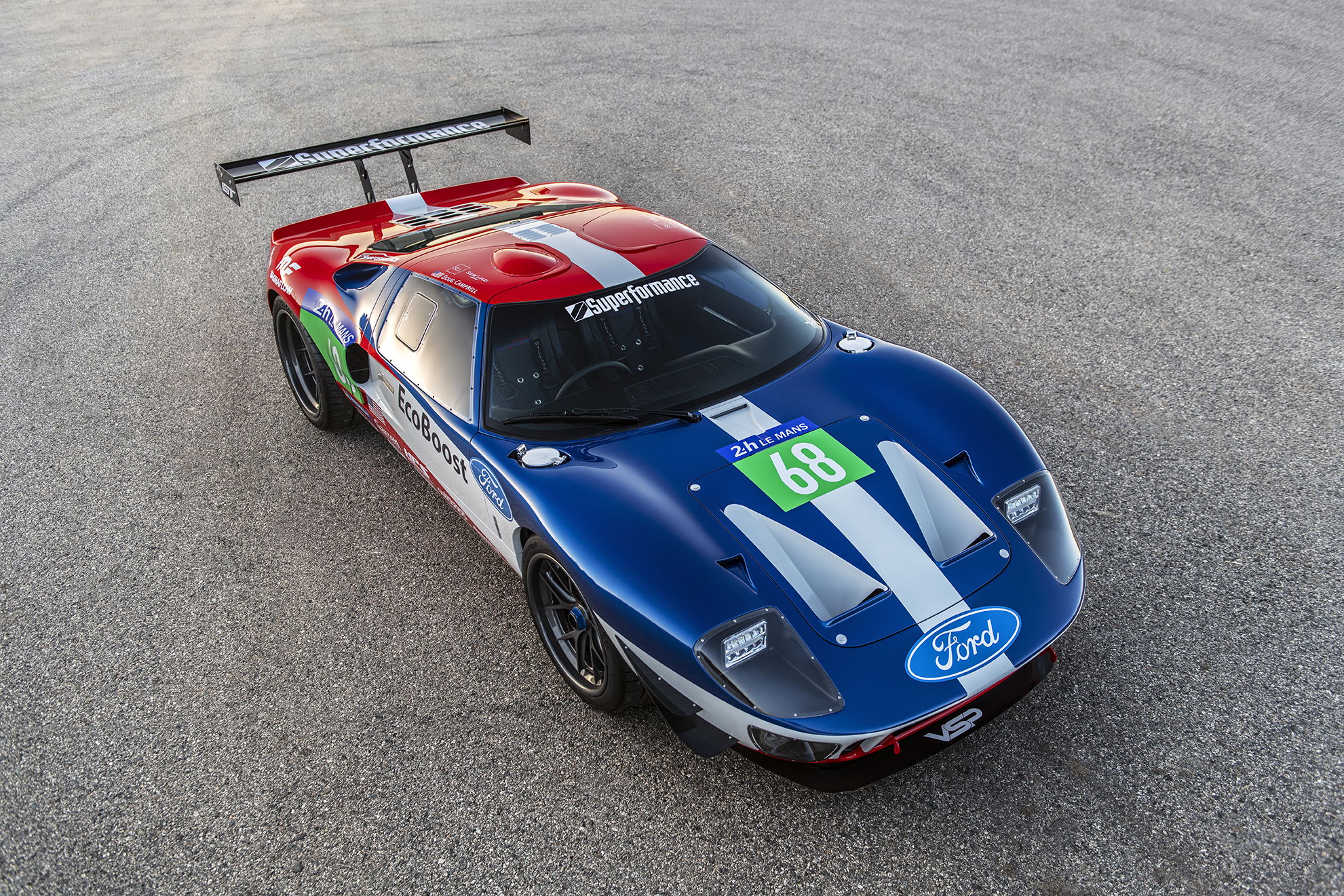 First revealed at the SEMA Show, the Superformance Future GT Forty is a lot more than a GT40 kit car. As we found when we drove Superformance’s Corvette Grand Sport, these cars use high-quality components and are extremely well built. But Superformance has been selling GT40 continuations for years.

The big difference here is the engine. Instead of a V-8, the Future GT Forty uses a 3.5-liter twin-turbocharged V-6 just like the current 647-hp Ford GT. 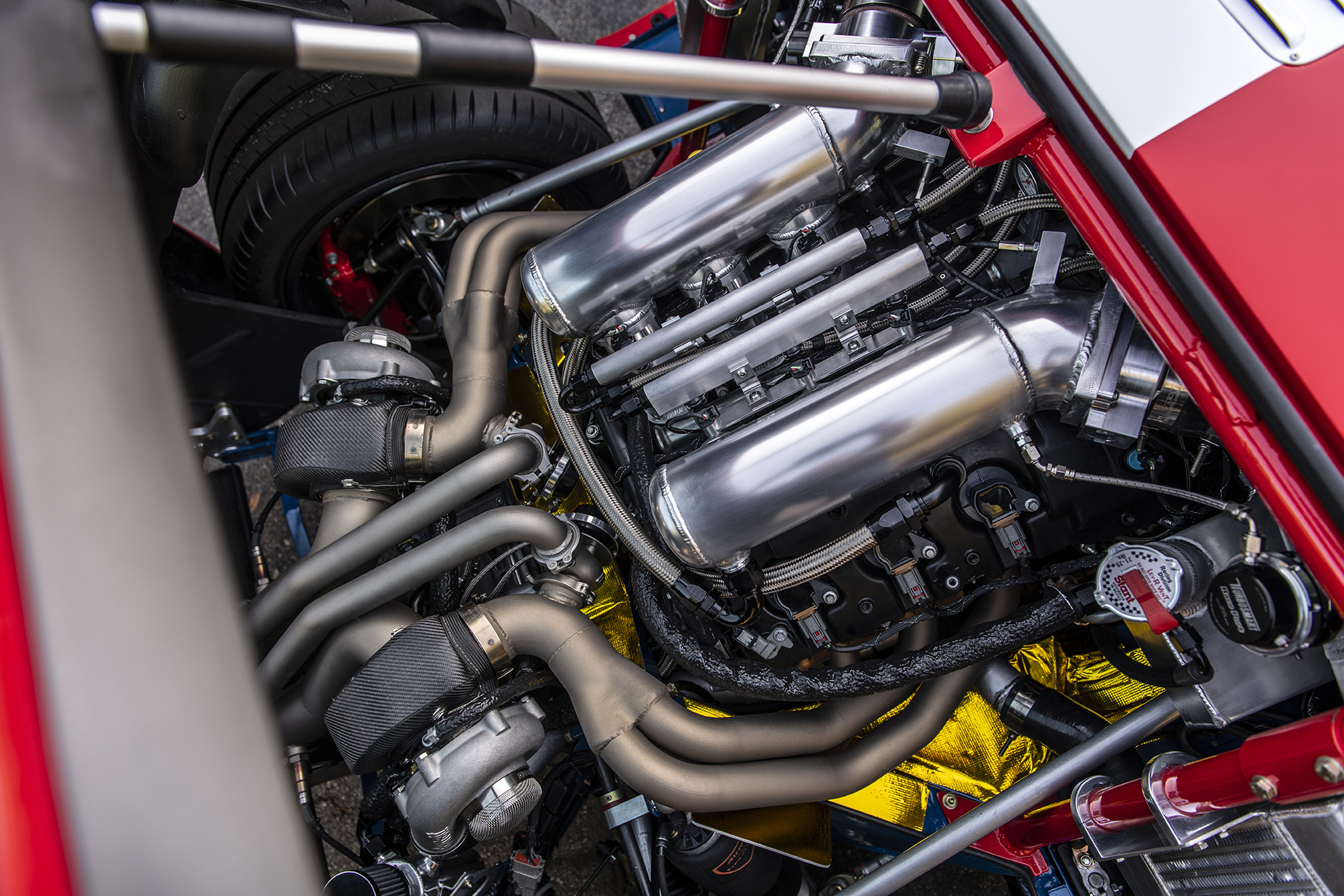 Unlike Ford’s factory supercar, though, Superformance sourced the Future GT Forty’s turbos from Garrett. And unlike the original GT40, it rides on a Shockwave air suspension and has a carbon-fiber aero kit. 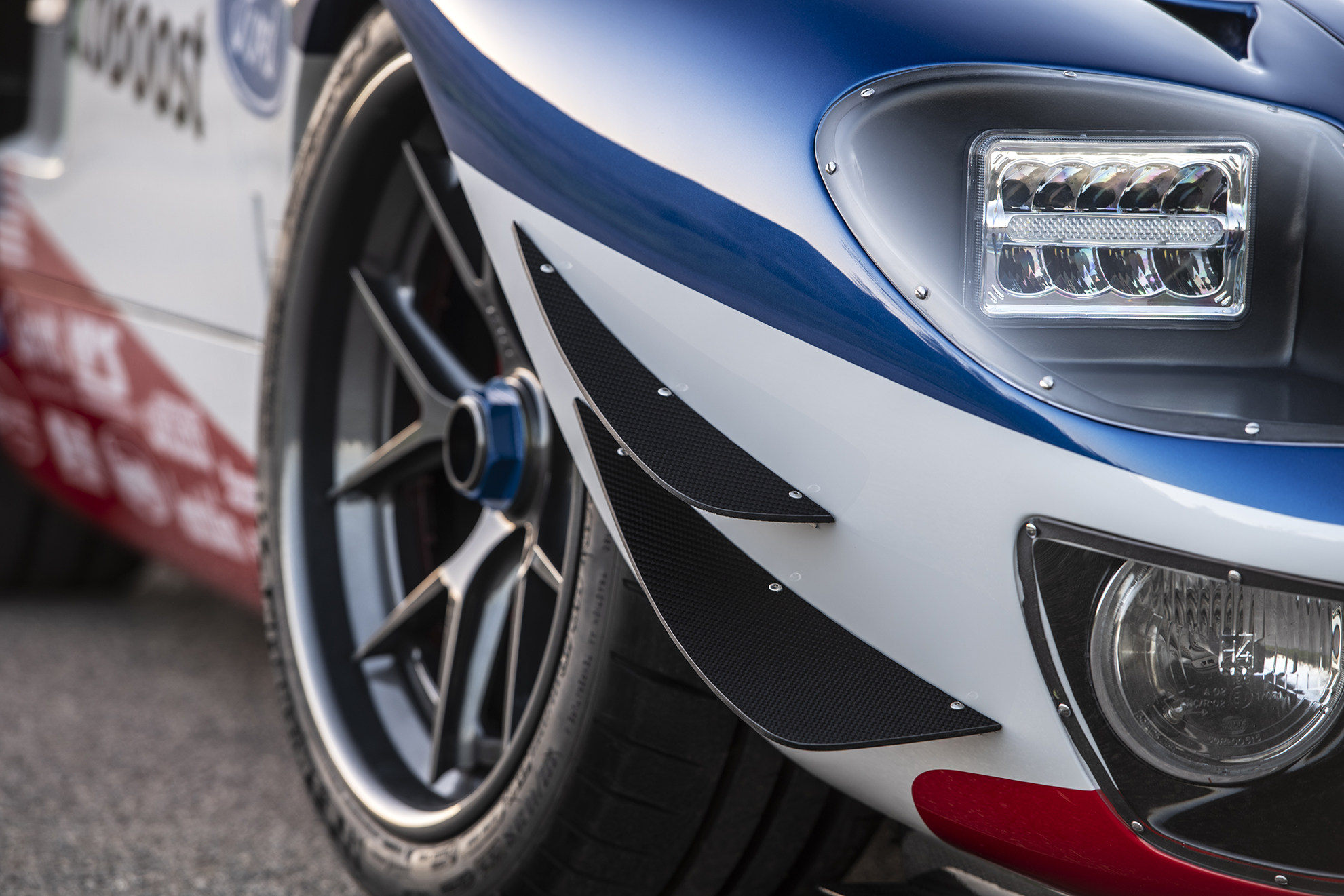 Even though the car is thoroughly modern, though, Superformance says two-thirds of the chassis’ parts are interchangeable with the original GT40. It’s also absolutely gorgeous, just like the original. 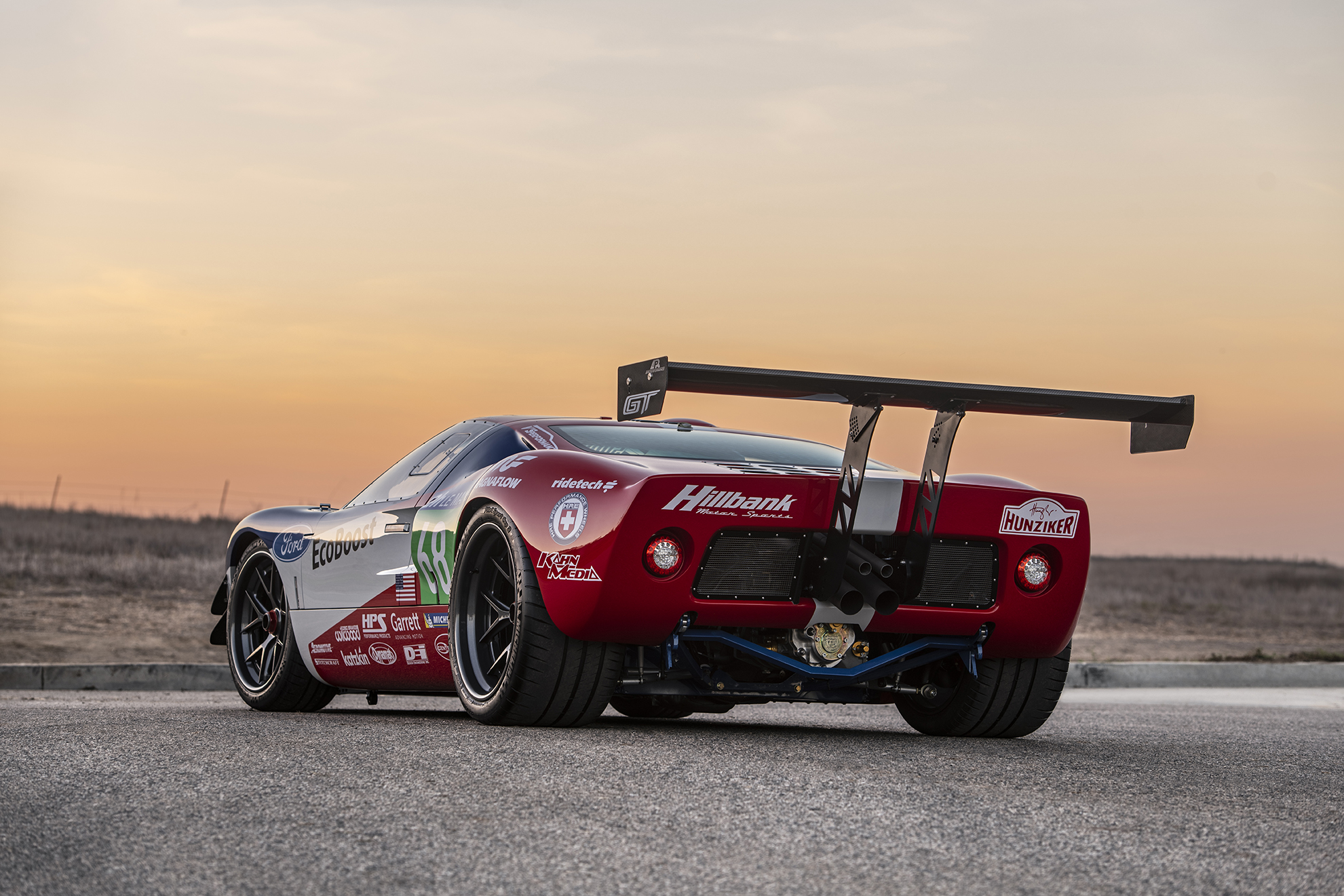 Superformance says it doesn’t have official performance figures yet, but the goal is to hit 700 hp and 650 lb-ft of torque on E85. And since the car only weighs about 2,400 pounds, that should be enough power to run from 0 to 60 mph in the low-3-second range. That would make the Future GT Forty a bit more powerful and about as quick as the current Ford GT, and considering pricing starts at $179,900, it’s also much less expensive. 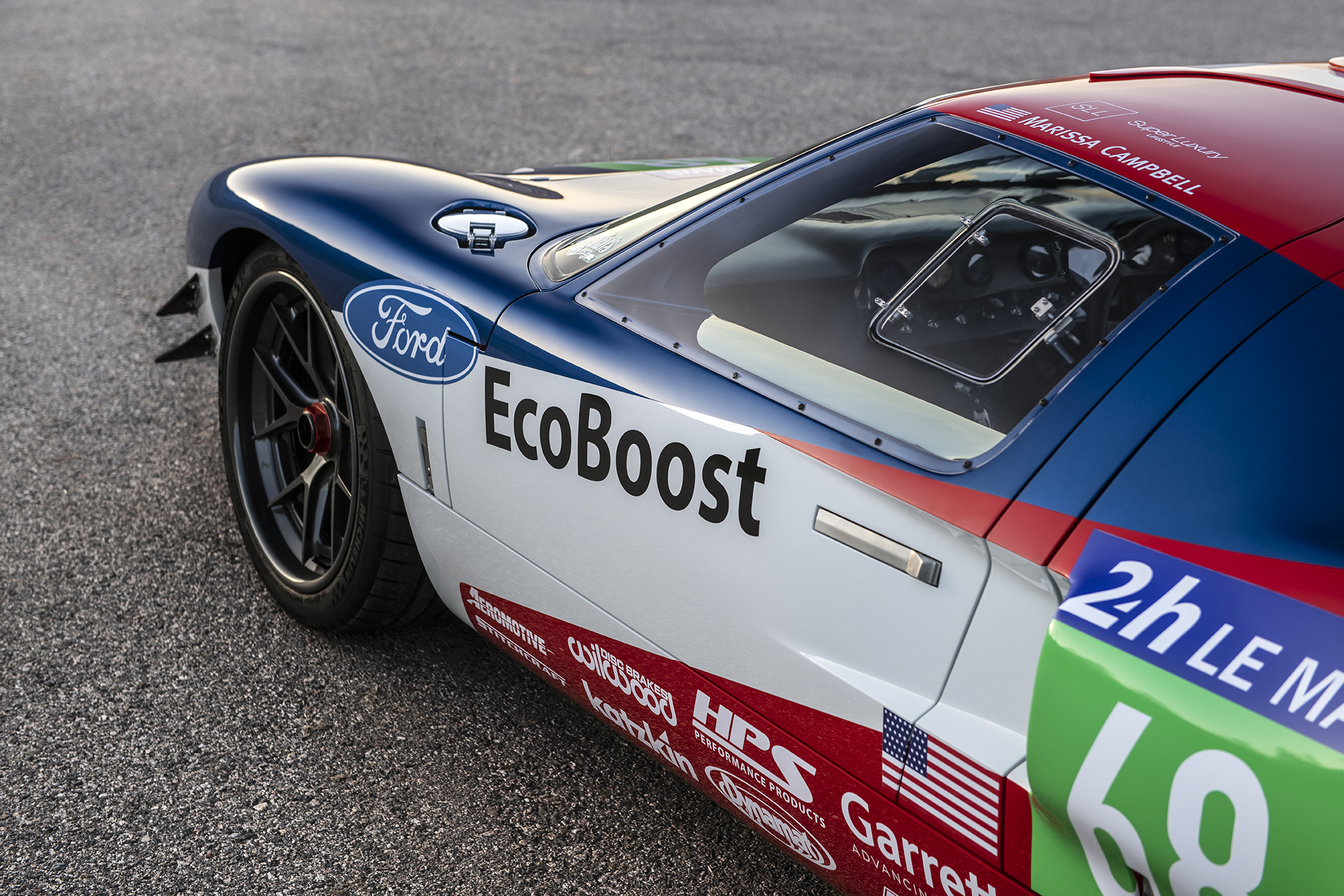